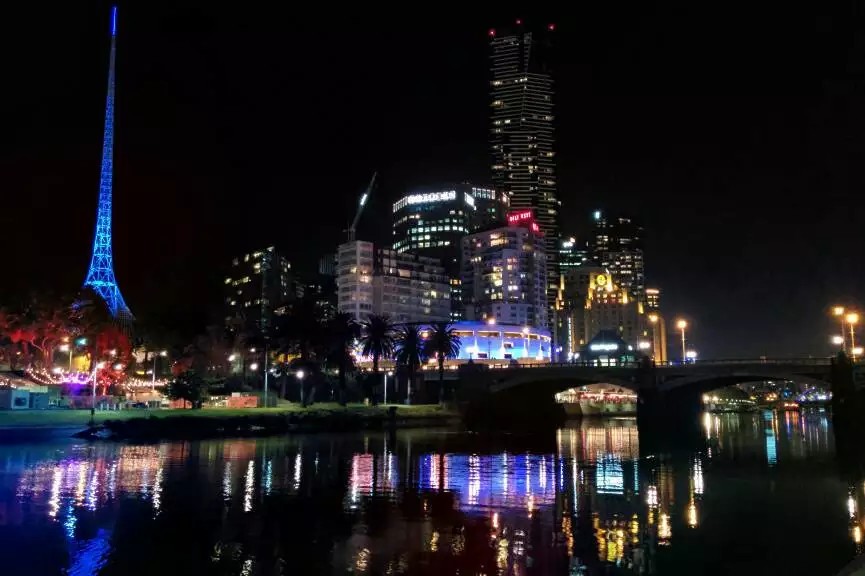 Sydney Siders, as they’re called, will exalt the stunning beauty of this city, but simultaneously lament about the early evening closings of many city businesses outside of the tourist areas such as The Rocks District.Not exactly a city for the elderly, but certainly not exactly Australia’s “Big Apple”. As relaxing as the atmosphere is, 3 days in Sydney was a little stressful because there are a lot more landmarks to try to visit in such limited time. Of these, the Sydney Opera House, is the number-one attraction to see. Unfortunately, October is the end of winter in Australia, so it wasn’t yet opera season. Fortunately, the House offers a smorgasbord of events, tours and shows year round, as well as a discount for being under 30, so we opted for a romantic comedy, George Bernard Shaw’s Arms and The Man.

Reminiscent of Beijing’s own markets, Paddy’s Mart (open Wednesday – Saturday), provides a shopping opportunity for low-priced souvenirs and quirky personal effects probably brought directly from China. I was able to purchase very nice key chains, magnets, boomerangs, etc for about $1-2 AUD each. Mainstream shopping at the malls was comparably more expensive. In a shoe store of extremely low quality, think “Traffic” in America, most shoes were about 30 – 80 AUD. Shoes that you’d buy at Traffic for 10 – 40 USD. Aside from Uggs, Australia isn’t known for clothing or shoe brands, so the prices of these items were much higher than you’d find in America, but comparable to foreign brands in China.

5 free things to do in Sydney:
1. Have a picnic in Royal Botanical Gardens, where you can also get picturesque view of the Sydney Opera House at “Mrs. Macquarie’s chair”.
2. Make music with the Aborigines [between Quay Station & Cahill Walk]
3. Visit the Customs House & its library on the 2nd floor \
4. Take photos in Hyde park
5. Museum of Contemporary Art (featuring mostly Australian artists)

Public transport:
Train: Can buy a ticket for each individual ride at kiosks, no card needed. Train to airpot is 17 AUD.
Free CBD shuttle: Route 555, every 10 minutes
Ferry: Hop-on-hop-off passes are available for purchase, but in my experience seemed to be a waste unless you plan to spend a whole week in Sydney and dedicate a full day to stopping at each wharf’s attractions. We only needed the ferry two times: (a) see the Sydney Opera House & Darling Harbor Bridge from the waterside (b) go to the Taronga Zoo

Melbournites, however, are definitely more lively in the day & night. On my way to take a photo at the Eureka 88 skydeck, I accidentally knocked over a local businessman outside of the Southbank Exit stairs. Conversation ensued, and I was invited to crash a local social group’s gathering honoring Oktoberfest 2015. Following the event, some of us segued to an underground lounge/art gallery. The artists featured aren’t featured in mainstream galleries, so part of the establishment’s proceeds are donated to the artists whose art is posted on the lounge’s walls. Kabobs are the equivalent to pizza as a subsidence for late-night munchies, and post-lounge, I had to participate in tradition at a Pakistani Kabob joint near Flinders Street train station. Nightlife in downtown Melbourne is whimsical, and certainly caters to anyone from their teens to the more seasoned. Wine is affordable, and water costs about a third, so a balancing act for the night is wallet-friendly.

Referred to as the “international city” of Australia, Melbourne is certainly a capital you cannot afford to skip. The comparison between Sydney and Melbourne is akin to Beijing versus Shanghai, with the latter being more hip and culturally diverse. Australia reminded me of America in terms of immigration patterns, but on the surface, Australia’s general population is more mixed whereas America has different pockets in which each ethnic group prefers to exist. As an “African American” I was viewed as a more positive presence than “Africans”, as graciously hinted by security guards at the National Gallery of Victoria. Despite this, the Africans I spoke to, mostly South Sudanese, said it’s a great place to live and raise families. Out of curiosity, I decided to travel to Footscray, aka Footscrazy, which is a heavily Arab-African-Asian, working-class neighborhood known for a slightly elevated crime rate. During my time there, I found a litany of delicious Ethiopian restaurants, intriguing graffiti, and a few brushes with light violence. Unlike America, guns aren’t so much an issue outside of mobs, so I felt quite safe traveling alone.

Free things to do: END_OF_DOCUMENT_TOKEN_TO_BE_REPLACED

Florida Gator taking over the world.